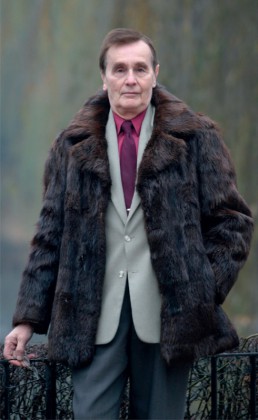 Composer and lecturer born in Vilnius. He studied piano and composition in Julius Juzeliunas’ class at State Academy of Music of Lithuanian SRR in Vilnius. His composing studies he continued in Warsaw Academy of Music in years in Bolesław Woytowicz class.
In year 1963 and 1966 he studied Gregorian chant and medieval polyphony in Nadia Boulanger class in Paris. He is a laureate of many prizes and distinctions. His composition “Antifone per tre gruppi d’orchestra” (1961) won 1st prize of Polish Young Composers competition, and in year 1963 he took 2nd place in year 1963 in International Composers meetings of UNESCO in Paris; in year 1966 for his “Sonetti di Petrarca per tenore solo e due cori a cappella” (1965) he received 1st prize at International Composers’ Competition in Prague. In year 1965 and 1973 he received 1st prize in International Composers’ Competition in Monaco. In year 1994 he received the prize of AGEC – West European Federation of Choral Societies and the prize of Polish Composers Association. In year 2006 he won Paderewski Prize. Since 1971 Romuald Twardowski has been the Professor of Warsaw Academy of Music. He is the jury member of many choir competitions and the Artistic Director of prestigious International Festival of Orthodox Church Music “Hajnówka”. He composed numerous brilliant compositions for choirs, orchestras, soloists and musical ensembles. 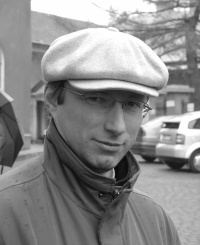 He completed his musical studies, under the tutelage of Professor Dane Škerl, at the Academy of Music in Ljubljana in 1991, where, along with excellent grades, he won the Student Prešeren Award for the outstanding student for his Symphonic movement for symphony orchestra. He developed his craft by studying abroad, which included coaching with famed Swedish conductor Eric Ericson. Since 1993, Močnik has been the choral conductor and music director at the Diocesan Classical Gymnasium in Ljubljana, Slovenia, and since 2000, the artistic director of all musical activities at the St. Stanislaus Institution in Ljubljana. In 1999, the World Youth Choir with Gary Graden performed two of his compositions, his “Missa in organi benedictione” was performed for the first time with Chamber Choir Slovenicum at the official presentation of the new organ in the Franciscan Church in Ljubljana. In 2000, three cantatas by Damijan Močnik were premiered: “Tempus fugit” was performed on the occasion of the reconsecration of St. Joseph’s Church in Ljubljana. The combined high school choirs and the Slovenian Philharmonic also performed Vode novega neba / Waters of New World in the Jeunesse Musicale of Ljubljana Music Series and Pesem moja je posoda tvojega imena was performed in Kranj on the occasion of the 200th anniversary of the birth of famed Slovenian poet, France Prešeren. Močnik’s cantata “Circulus aeternus” was conducted by Malcolm Goldring at the Europa Cantat Singing-Week 2004 in Ljubljana. His tenure as composer-in-residence in 2006, at the Bavarian Musikakademie in Marktoberdorf, resulted in a new score: “IM-MORALIA”. And he was invited to be the leader of the Composer’s Conducting workshop at the Europa Cantat 2006 in Mainz, Germany. In 2007 (October-November), he was invited to Washington in the United States. He performed a concert of his compositions on Orcas Island with their choir and orchestra. He gave lectures about his composing activities in Seattle at the University of Washington and at Seattle Pacific University, where he conducted eight of his choral compositions. Močnik’s music thrills musicians and audiences around the world with its directness, and numerous dramatical turns with rich, exceptional and mysterious sonorities. 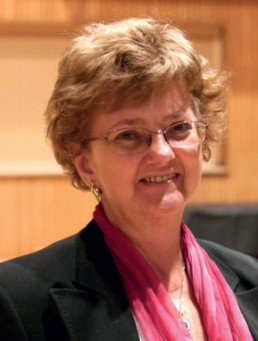 Ágnes Gerenday was born in Budapest. She completed her studies at the Ferenc Liszt Academy of Music as the student of Zoltán Vásárhelyi, József Maklári, Erzsébet Szõnyi, Olivér Nagy, Margit Gaál and Márta Ónody, as high school music teacher and choir conductor. After graduating from the Academy, she worked for a year at the Institute of Musicology of the Hungarian Academy of Science. After that she worked as a docent at the Teacher Training College in Zsámbék (Hungary) for five years, where she taught music theory, music history, choral conducting and methodology. Since 1983, she has been being employed by the Hungarian Ministry of Culture as a chief counselor of professional music life. She had worked as a contributing music editor at the Hungarian Radio for 28 years. She is the leading conductor of the Budapesti Ifjúsági Kórus. The choir sings many oratorical and a cappella pieces, gives many concerts in Hungary. They gave highly successful concerts in Switzerland, Austria, Poland, Romania and in the Netherlands. Under the name of Talentum Choir in the last 5 years they performed oratorios from Händel, Bach, Beethoven, Britten, Mozart, Orff and Franz Schmidt; many times in Salzburg/Austria. She is a member of the Hungarian Choirs and Orchestras Association (KÓTA) presidium, she is also the jury member of many choir competitions. 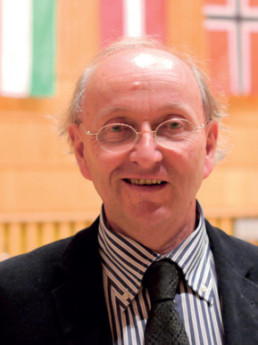 He graduated from Mozarteum specilizing in church music. Since 1987 he has been an organist and choir conductor at Franciscan Church in Salzburg. He performed with world famous artists like Placido Domingo, Jose Carreras and James King. He gives many concerts in mayor European cities as well as in USA, South America, Russia and Asia. He is lecturer at master classes in USA, Japan and South America and was Jury member at many international competitions. He made numerous recordings for TV, radio and recording companies. 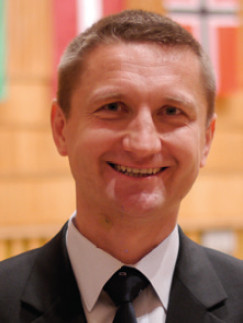 One of the members who established Choral Society „LIRA” in Warsaw. In years 1997-2008 deputy conductor of Choral Society LIRA. Since February 2009 he has become the artistic director of Choral Society Lira in Warsaw  He graduated from Warsaw Academy of Music in Prof. Ryszard Zimak’s class. For years he cooperated with Warsaw University Choir and Stefan Wyszynski University Choir and others. He established and performed with choir Cantemus over 100 concerts. Jury Member of choir festivals in St Petersburg and Krakow.